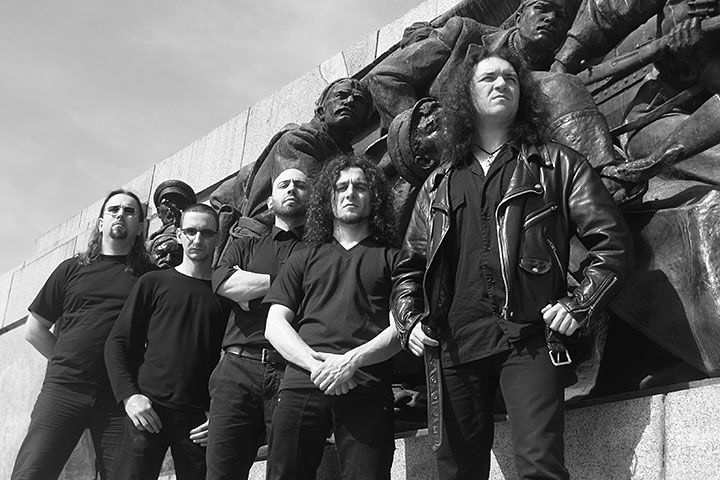 VRANI VOLOSA (in old Bulgarian “black hair”) exists since 2003 and was founded by Hristo as a one-man band back in the day. The early ideas of the project were influenced by the music of bands like Primordial, Enslaved, Borknagar, Burzum, spiced with the ambience of Pink Floyd and the psychedelia of the 70’s. Hristo started recording of three songs at the end of 2003/beginning of 2004 with the help of Lyubomir (drums), Atanas (vocals) and Alexander (bass). The last two musicians joined the project permanently and the recorded three songs were included in the EP “Vedi”, released in 2004 and limited to 120 copies. In 2005 VRANI VOLOSA opened live for the Israeli metallers ORPHANED LAND, which was the first live experience of the band.

Atanas left VRANI VOLOSA in 2005 and Hristo took the vocal duties himself. Kolyo (guitars) and Dessislav (drums) joined the band. In this line-up VRANI VOLOSA played several concerts, toured Bulgaria with PUNGENT STENCH and in 2007 started recording sessions for a second album. The main goal for the record was a drastic change musicwise – simple and more focused structures of the songs and dominating clean vocals performed by Hristo. During the sessions a second guitarist was found and incorporated to the team – the young and promising Petar.

The end result of the almost two years long work in the studio is the “Heresy”-album, a celebration of the pagan metal music pantheon mixed with the influence of Bulgarian folklore music. This is the most successful effort of the band to date – it brought to VRANI VOLOSA numerous gigs in Bulgaria, two shows with the pagan metal masters ARKONA (Russia), a gig with SKYCLAD and many, many supporters of the VV-tribe. The song “Слънце” (engl. transl. „Sun”) managed to reach a number one position in the Radio Tangra Mega Rock’s Tuborg Top 40 (www.radiotangra.com).

In 2011 the German label Einheit Produktionen inked a licensing deal with Corvus Records and will repress “Heresy” and “Where The Heart Burns” in Germany, Austria, Switzerland, Nederlands, Belgium an Luxembourg.