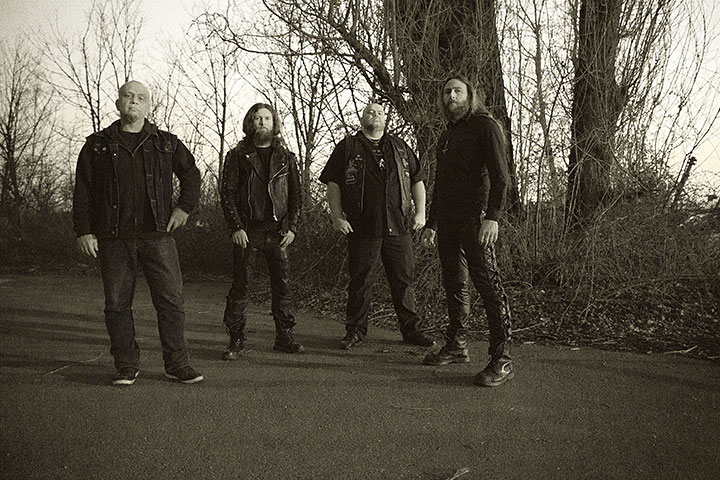 Invoker were founded November 2010 by Tino Schumann and Tino Büttner. During the search for reinforcements Christian Ulbrich joined the band. Works on original material commenced immediately, forming a style somewhere between Black and Death Metal. 2012 recordings for the debut album „A New Age“ started, which was released 2013 with the support of Godeater Records. The lyrical concept of the album evolves around the topic of death with its countless faces. This release was marketed by BretHard Records and Godeater Records. The band promoted the album with numerous live performances also at the Under The Black Sun Festival among others. Invoker shared the stage with acts like Melechesh, Koldbrann, VON, Alchemyst and Eisregen. In January 2014 Invoker played their first headlining tour in Switzerland followed by shows in the Netherlands, Belgium and Germany. In 2015 the band began recording the sophomore album „Aeon“ which was later released by Non Serviam Records. The band remained true to its original style but progressed remarkably in terms of sound and arrangements. Misanthropic-Art (Deserted Fear and Secrets Of The Moon) created the album cover art and layout based on ideas and the musical concept coming from the band. Since 2016 the line-up is further enhanced by Nico Hünniger, a new permanent member handling lead guitar duties. In January 2019 Invoker were signed to Einheit Produktionen while currently working on new songs for the upcoming album, which will differ significantly from its predecessors as a further musical progression. The old style will not be abandoned but new elements will revive the music in a refreshing way. A new and permanent addition is bassist Ingo Rusche, who already will be heard on the new album. The suspense continues...