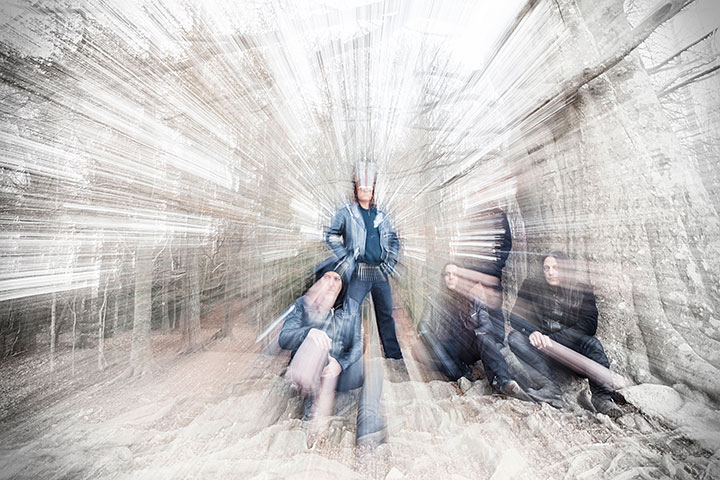 LVX DIVINA was founded in 1998 by Norax in Barcelona (Catalonia, Spain). With more than a decade of experience, our soundscapes are influenced by all the rage and mysticism of the 90’s black metal and by a similar aesthetic approach to dark metal, melancholic rock, doom, prog and avantgarde bands, adding an individual vision in terms of feelings, darkness and melancholy in order to create a sound that has earned us respect and a solid growing audience over the years.

The band's name translates to “the nocturnal light” (Noctiluca) or “the great dead Star”. And it plays in a kind of blasphemous contradiction, moving away from concepts related to the Christian meaning.

Our music is based upon a profound concept of Nature Philosophy, traversing an atmosphere of Nature away from urbanism and far away from the insane spiral of destruction caused by modern man. Far away from dogma and all religions which want to shackle the true freedom of men. Far from all kinds of extremist ideology that has to do with race or origin. The music has an oneiric and mysterious, intimate and individualistic side. Full of longing, poetry and beauty. The best word to define LVX DIVINA's music would be: MELANCHOLY.

Being experienced live performers, the band has a confident and skilled stage presence with not only audible, but strong visual aspects as well. Throughout our career, we have played more than 60 live shows with bands like Ancient, Skyforger, Necronomicon, Eïs, Primigenium, Nocte Obducta, Helrunar, Dordeduh, Embrace of Thorns or Nocturnal Depression, amongst many others. We've been touring around Spain, Germany and Switzerland, as well as performed several festival gigs in Germany such as Dark Troll Fest (Bornstedt), Khaos Kvlt (Stuttgart) or Ragnarök Festival (Lichtenfels).