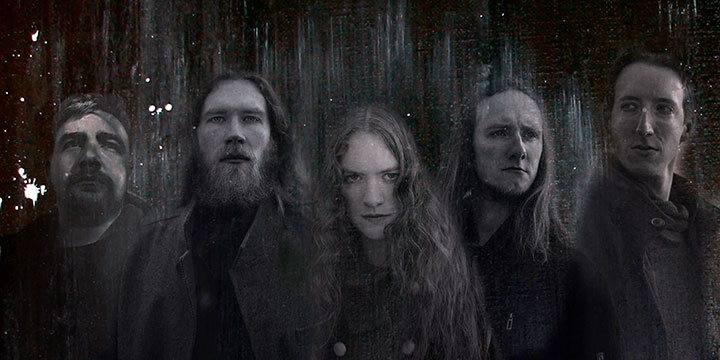 FERNDAL started out in mid 2016 to claim their place in a long established black metal circus. Five musicians gathered their professional mastery reaching from classical music to black metal. Sorathiel, Lestaya and Sethras founded the Band together with the two members of Eïs, Alboîn and Abarus. Their unique style entrenches the violoncello as an equally deployed instrument between two distorted guitars. Thus, FERNDAL creates sonic worlds reaching from bleak aggression to melancholic dignity. One year after their formation the band released their first album “FERNDAL” and had a "bombastic" (Orkus magazine) live debut at clubs and festivals all around Germany. Another one and a half year later, the second album SINGULARUTÄTEN is ready to be released at the 11th of January 2019 via Einheit Produktionen. Alboîn left the band at the end of 2017, so that Hatos’ drumming can be heard at SINGULARITÄTEN.

ISINGULARITÄTEN carries on FERNDAL’s way to to combine (black) metal with elements of classical music. But if you now think about orchestral keyboard sounds or kitchy samples, you are wrong, SINGULARITÄTEN is not that kind of artificially symphonic pop music! It is rather a confrontation, merging and crossover of the different compositional methods of black metal and classical music: There are black metal songs adapted in classical instrumentation (Klavierquintett in e-moll “Mother North”) as well as classical composition with black metal sound (“Serenade”) and everything in between.

SINGULARITÄTEN was recorded, mixed and mastered in August 2018 in Hellforge Sutdio by Marco Brinkmann, “Mother North was recorded by Michael Hierer in the concert hall of the conservatory Münster. Guest musicians contributed to the sound diversity with 4 cellos, grand piano, church organ and French horn.

Main topics of the album are philosophical, psychological and emotional aspects of existence and freedom – once with cold precision, once with expressive violence. Music and lyrics were penned by Lestaya and Sorathiel. The band’s new album is not only longer than its predecessor “Ferndal”, but also darker and more divers: sophisticated and thrilling melodic black metal!