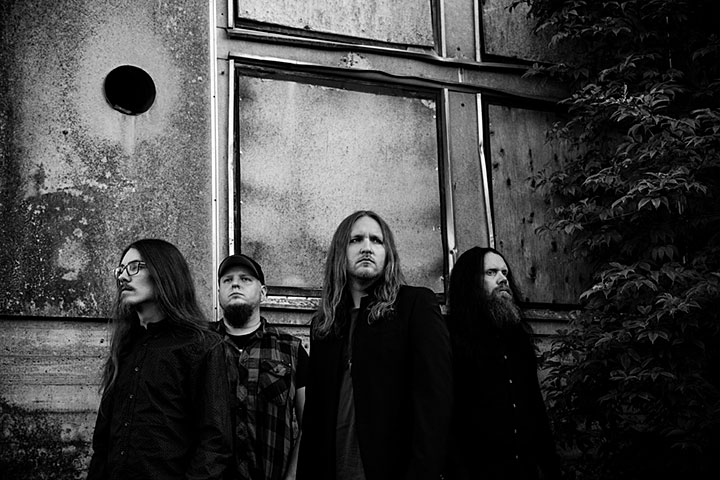 Einvigi is a blackgaze-metal band founded 2014 in Turku, Finland. The founder, Petteri Granberg had a vision of mixing themes of nature with the musical styles and atmospheres from metal to lighter rock music. Other members of the band include guitarist Krister Virtanen, bassist and growl vocalist Joonas Koppanen and drummer Mikael Ruoho who joined the band in 2021.

The band originally started writing songs in English. After a while Granberg realized that dealing with the themes of Finnish folklore and nature in a foreign language wouldn’t work for Einvigi. At the same time the songwriting process started to get a more detailed, especially with the lyrics. Also the style of the music started to find its current form, finessed by atmosphere yet technically light and simple. As the bands name Einvigi stands for a duel without rules or judges, their songwriting also aims to live up to that spirit, ignoring traditional patterns or external judgement.

Einvigi’s first self-published EP saw daylight in 2017 with a decent attention from the audience. The bands style of swaying forth and back between the heavier and lighter moods also raised some confusion and criticism. As an effort to present a more finished and composed side of their music, Einvigi released the single “Yön kuningatar” (Queen of the night) in March 2018. The single gathered a lot of positive feedback and with that catalyzed the work towards recording a full-length album. After writing new songs and further developing their sound, Einvigi hit the studio in December 2019 to start the recordings of their debut album, Sielulintu (Soulbird). It was released at the end of 2020 by Finnish Inverse Records.

Even though pandemy ruined all the tour plans after the first album, no time was wasted. In the beginning of 2021 Einvigi started to work immediately on their second album. In the fall 2021 they were signed to Einheit Produktionen.