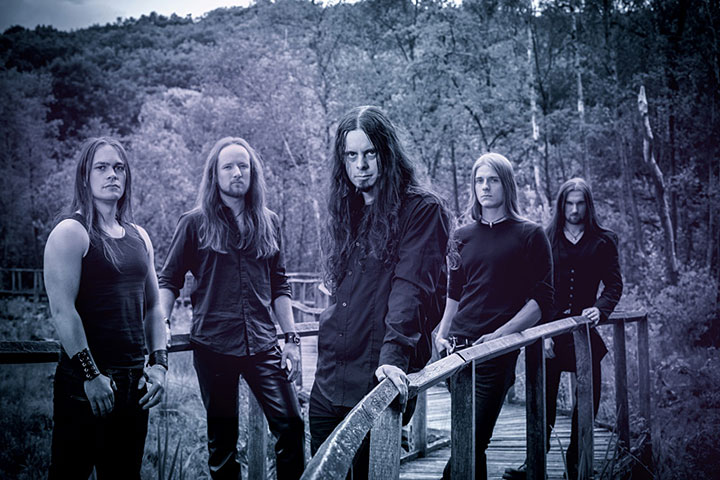 2013 Alexander Paul Blake decided to transform his solo project by his own name into a true band called Aethernaeum. The black metallic debut „Die Rückkehr ins Goldene Zeitalter“ (“Return To The Golden Age”, 2012) was followed by „Wanderungen durch den Daemmerwald“ (“Journeys Through The Dawning Woods”, 2013), which finally defined the unique style of the Folk Black Metal Formation hailing from Berlin / Germany.

Now two and a half years later Aethernaeum will release the successor „Naturmystik“ and they have yet again refined their music. You will get to hear Black Metal with a very epic, ambient and melodic character enhanced by the application of cello, various keyboards, percussion, piano and choirs. Even though the band´s roots are based in Black Metal, their music cannot be reduced to this genre. The sophisticated compositions, sometimes longer than than 10 minutes, employ influences from genres like Folk, Progressive Rock, Post-Rock or traditional Heavy Metal. The variety of elements made the production, which was again handled by Alexander Paul Blake at his Winter Solitude Studio in Berlin, even more elaborate. Often 100 tracks were used in a single song.

Aethernaeum aim to inspire the listener´s mental cinema. Vast landscapes full of intense beauty emerge before the mind´s eye but also the destructive forces of nature become manifest. Thereby the occupation with nature and myths serve the artists self-discovery, as Aethernaeum´s lyrics are permeated by a spiritual intellect which again and again refers to the epoch of romanticism. No matter if it is cinematic, opulent tracks like the opener „Die Stimme der Wildnis“, „Heimreise (Ein Requiem)“ and „Die Waldschamanin“, the post-rock instrumental „Jenseits der Mauer des Schweigens“ or the shamanic „Der Baumpercht“ with its tribal elements - Aethernaeum appear diversified, with great attention to detail and profound without losing the thread. Therefore „Naturmystik“ is an album comparable to a voyage of discovery, getting more intense with every listening.

Followers of naturalistic music like Agalloch, Dornenreich, Empyrium, Moonsorrow, Vintersorg or early In The Woods should be interested...