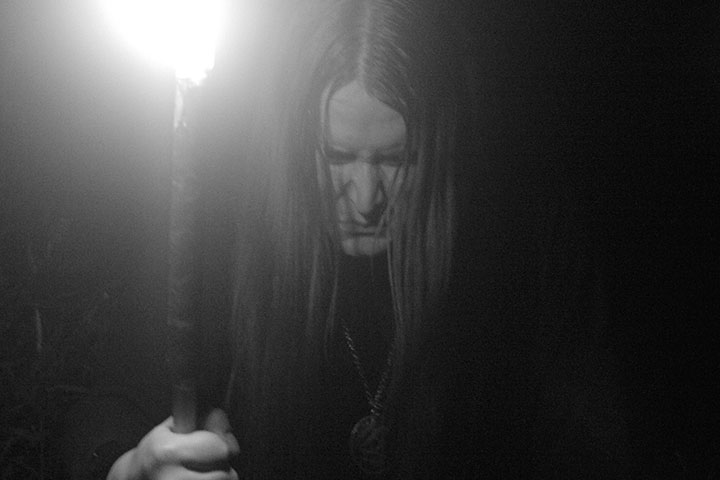 Founded as a one man project 1999 in the dark and mystic woods of Hagland, the rebellious Norwegian Black Metal solo entertainer Sorg started out playing all instruments himself. Consequently Sorgvarts earliest compositions were based on synthesizer sounds only supported by percussion with no vocal or guitar tracks at all. The first demo  Min Grav I Ensomhet was created this way. Soon originator Sorg decided to expand Sorgvart´s activities - his songs were to become more complete with more instruments. The first direct hit song  Hagland  Mitt Land was the result, originally written in 1999, it is considered a classic and genre milestone by insiders. Apart from standard instruments like guitar, bass, keyboards and drums, which are commonly employed in this kind of music, Sorg learned to play traditional, old Norwegian instruments, which add an interesting flavor to his unique, atmospheric music. The diverse, complex songs from the North move on aggressive levels only to be contrasted with painful and sad passages. Extremely varying with the tempos at times also the emotional structures differ. Thus Sorgvart´s music comes out organic and animated  it´s not hard to completely loose yourself in it and see the resulting pictures in your mind. The one-of-a-kind debut  Fortapt Fra Verden I Vakkert Selvmord is a testimony in absolute perfection  true and unadulterated escapism presented on highest nordic level.