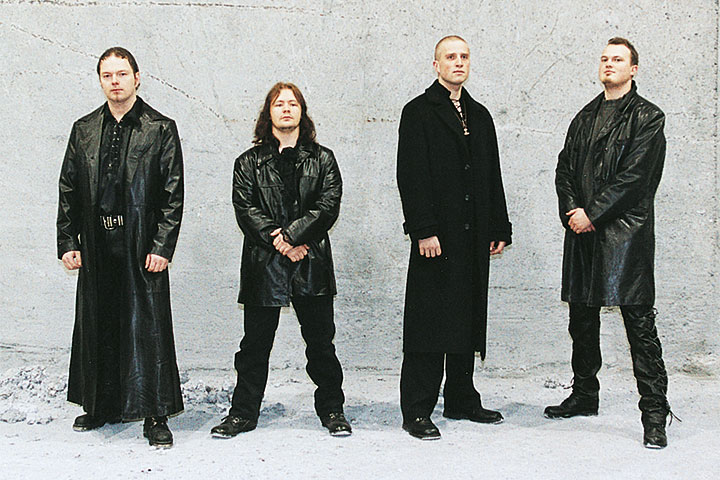 Inspired mainly by gorgeous Nordic nature and ancient history of their glorious Viking forefathers, the Ulvhedin-horde was formed back in 1994, in Haugesund, Norway, by John Lind – guitar & vocals, Helge Gårder – bass, Øystein Rossebø – guitar and Leif H. Helgesen on drums. With Ulvhedin being the fourth strong Viking Metal band to emerge from this area, Haugesund have to be the capital of this genre. Ulvhedins predecessors, Enslaved, Einherjer and Thundra are well established acts and in time should be sure that Ulvhedin will cope with their likes. Most of the music of Ulvhedin is written by John and Are and the lyrics are done by Linn Gjerde, who is a close friend of the band. After a while the drummer and the second guitarist decided to leave the band. John and Helge, the founders of the band, decided to put Ulvhedin on ice until they could get somebody with the right attitude to fill the empty space of those who left. It was not until 1998 Ulvhedin was back on track with a new and stronger line up. The two newcomers were Are Gjerde on drums and Sigvald Carr as a vocalist. Ulvhedin´s music developed to a higher level and they entered a local studio to record their first demo entitled “Gnipahellir”. “Gnipahellir” was produced by Christian Velde and Ulvhedin and later remixed by famous producer Pytten in his Grieghallen Studio. The demo was very well received and led to a deal with Native North Records. Their really completely drag-along debut album, “Pagan Manifest” was therefore soon after also recorded in Grieghallen Studio, again with Pytten as producer. Due to the unfortunately following bankrupt of Native North Records Ulvhedin´s search for a trustful and honest label has been taken again a longer time. Now the time has come finally for “Pagan Manifest” – new German label Einheit Produktionen has signed Ulvhedin and gonna release this raw pearl of the genre in autumn 2004. Promotional CDs will be available via Einheit Produktionen in September 2004. The band works already with full force on the material for the follow-up album. With their amazing metal music combined with the medieval strength it holds, Ulvhedin are a great contribution to the already strong Viking Metal scene in Norway.