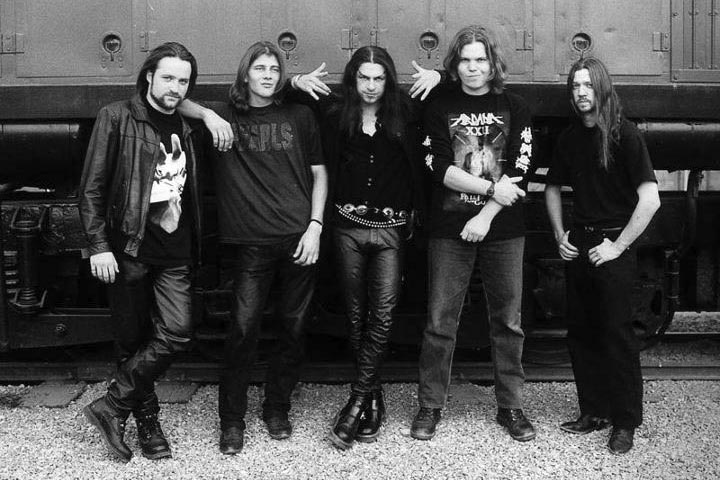 Arcana XXII were founded May 1997 to spread Metal in Namibia, where you could only hear Kwaito, Rap and traditional sounds before. From the early stages on Arcana XXII´s mix of heavy guitars, dramatic vocals and good melodies was received well from the metal community.

After several gigs in Namibia and with some live experience the first Arcana XXII album fallen From Grace was released. It was the first metal album recorded in a namibian studio. Also the album was voted demo of the month in Metal Hammer magazine. In november 2000 a mini CD entitled Barren Land followed, which gained positve feedback just like the debut.

In March 2002 the band entered the studio to record the third effort. This Burning Darkness was recorded live within a timeframe of approximately 20 hours. Hardware/Alive Records showed interest and released the album in Germany, which makes it the first Nambian Metal Album released in Europe.

The fourth strike came with Your Fatal Embrace in 2003, recorded at Take Note Studios in Namibia. The new album convinces with heavy yet more melodic songs. After the termination of the contract with Hardware/Alive Records the five Namibians immediately sign with Einheit Produktionen.