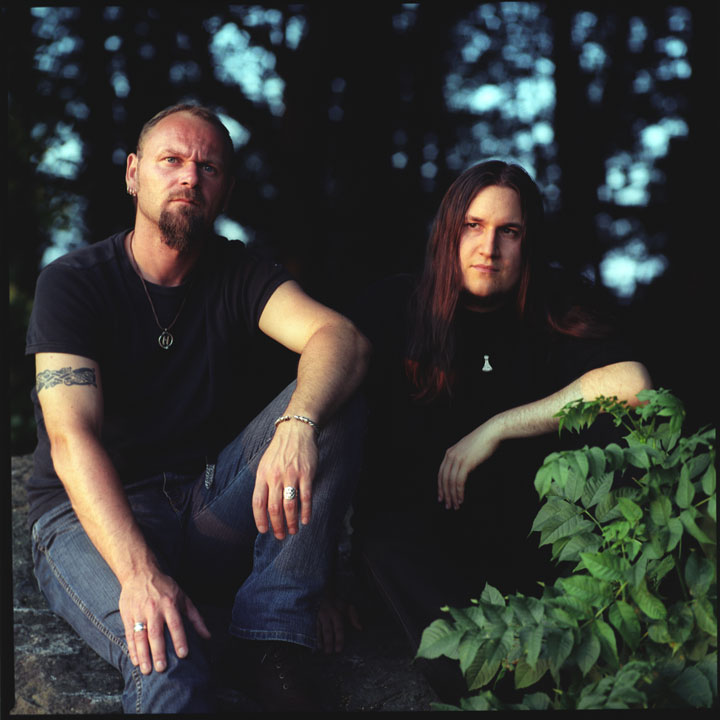 In the winter of 1994, Valdr (Andreas Walther) created the project Hel. Great interest in northern mythology and metal were the triggers for the foundation. The first demo "Miölnir " was recorded in the spring of 1995, however, was never really released. In the winter of 1997 he met Skaldir (Markus Skroch), who from there on supported him with full force in the implementation of his musical vision. The result was the second demo "Gedanken und Erinnerung". It led Hel to the record company "Ars Metalli ," where they released the first CD "Orloeg " in 1999. "Orloeg " was a success in the Pagan Metal scene and helped Hel to get known.

The long wait for next full album "Falland Vörandi " was over by the end of 2005. Hel were back with a very elaborate concept album about Balder's death, where a lot of work has been put into details. The result is an atmospheric, symphonic, varied and coherent album with which Hel have created what they have always wanted to create.

Two years later, Hel went down a very different path with "Tristheim." Equipped only with acoustic instruments, this melancholy and profound work was published.

It wasn't until 2012 that there was another album again. "Das Atmen der Erde" was intentionally released by the band without a label and showed the band's music stronger than ever. This album was a very successful release for Hel, which was received extremely well by both the press and fans. Even so, it was the band's last album. Hel broke up at the end of December 2012.

Yet there is another release coming this year! The “Falland Vörandi" album musically represents Hel's best release alongside "Das Atmen der Erde". So it was a personal wish for the musicians to further perfect the album and replace the drum computer with a real drum kit. Drummer Dennis Strillinger (MAGMA WAVES) was chosen for the task.

Technically, it was a huge effort to generate a click track from the old drum tracks, making it possible to re-record with real drums. After recording the new drums, the entire album was of course also remixed and mastered in Skaldirs "Kalthallen Studios."

- Nannas Klage prolog," a prelude from the "Falland Vörandi" era.
- The unreleased song "Heimdall," which was written and recorded for "Das Atmen der Erde," but wasn't included on the album.
- "Stille," a song composed by Skaldir back in 1998. It wasn't included on the "Orloeg" album. It was re-recorded along with the "Das Atmen der Erde" songs and is now being released for the first time.