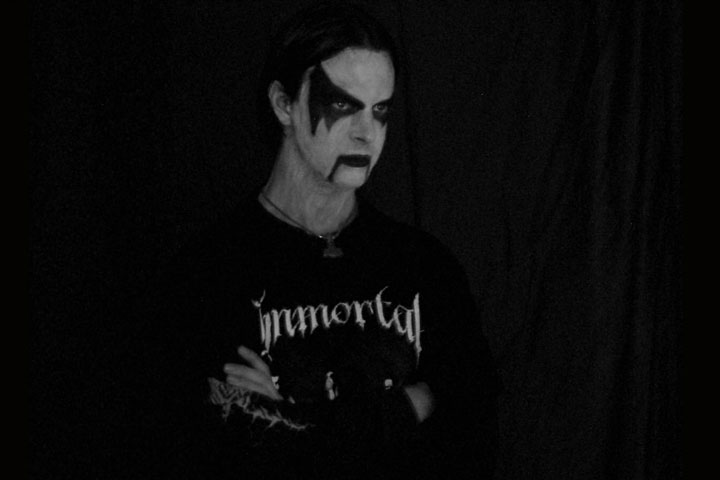 Founder and only member Nazgul founded the musical project WRATH back in 1998 in Cape Town, South Africa, with one purpose in mind. To create music that would immediately conjure up images in the listener’s mind of a time 1000 years past. A time of great honour and glorious battles. Nazgul wanted through his music to remind listeners of the great Viking age and the thunderous impact they had on the world.

Wrath’s lyrical content is a awash with pagan folklore and poems of darkness and magic. When the band first began in 1999 the music consisted purely of keyboard songs the culmination of which was the demo "Grey Skies". As time did pass and as WRATH evolved so did the songs and so in 1999 WRATH started to use electric guitars now to express the fury of the northman. Every night into the early hours of the morning Nazgul surrounded himself with candles and pagan literature to invoke even more inspiration for the full-length debut album he had in mind... Even with the giant white runes NAZGUL had painted on his blackened walls he did not feel that it would be true to himself or his music if he did not go to his home country of Germany to record the debut Album.

Nazgul traveled to his homeland and immediately felt closer to his ancestors than he ever had in his life. With NAZGUL`s passion overflowing he sat himself down and began work on the TRUE GERMANIC BLACK METAL Album entitled "Viking". Wrath’s music will always be intended as homage to the elder gods but mortal man may hear it to in the hope that it will transport the listener back to a time of great adventure, glorious battles and poetic magic...