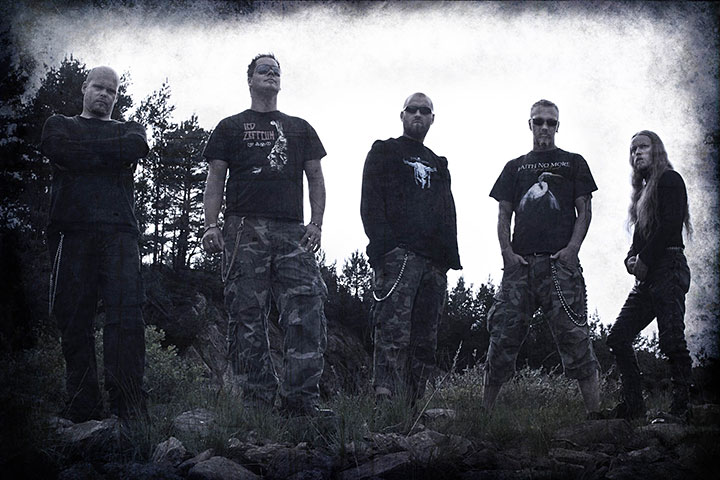 THUNDRA was formed as a project between Harald (ex- Enslaved), Stein (ex-Einherjer) and Nils (synth) in 1998. When Harald and Stein left their former bands, THUNDRA recruited Rune (on guitar), Steven (on vocals) and Thor Erik (guitar and vocals) to complete the band.

THUNDRA released the well-reviewed album "Blood of your soul" on Spinefarm records in 2000. In 2003 they left Spinefarm and started working on new songs and a new sound in general. During 2003 they recorded a 3-track demo at Black Dimension Studio produced\engineered\mixed and mastered by Stein Sund.

In late 2004, THUNDRA began working on the new album, "Worshipped By Chaos" at Black Dimension Studio. After months with hard work, THUNDRA completed the album in early 2005. Again Stein Sund did the production, this time together with Thor Erik Helgesen.

"Worshipped By Chaos" was a totally different album than the debut. It’s darker, more complex and more extreme album with a killer sound. In late 2005, after some ups and downs including some bad judgement calls regarding new label, THUNDRA inked a deal with Black Lotus Records witch at the time was a growing label however Black Lotus Records went belly up du to bankruptcy. So again the band was without a record deal, however this time the band took its time to focus on the music and concert activities.

The band did some touring, festivals and concerts, plus a contribution for a compilation album issued by Karmøygeddon Metal Festival before they started working on new material.

The band was contacted by several labels but the band took its time to make sure that situations like previous label signings did not happen again. The band focused on the new material and the writing process.

At the end of the summer of 2008 Thor Erik decided to leave Thundra to be able to focus on his family and to put his main musical focus on his brainchild Throne Of Katarsis, there are no bad feelings in this parting of ways and we are still great friends.

To show this great Nordic Metal album a bighter base, so EINHEIT PRODUKTIONEN will re-release “Angstens Salt” worldwide in Spring 2014.

So now the road has finally opened up for a new release by Thundra.