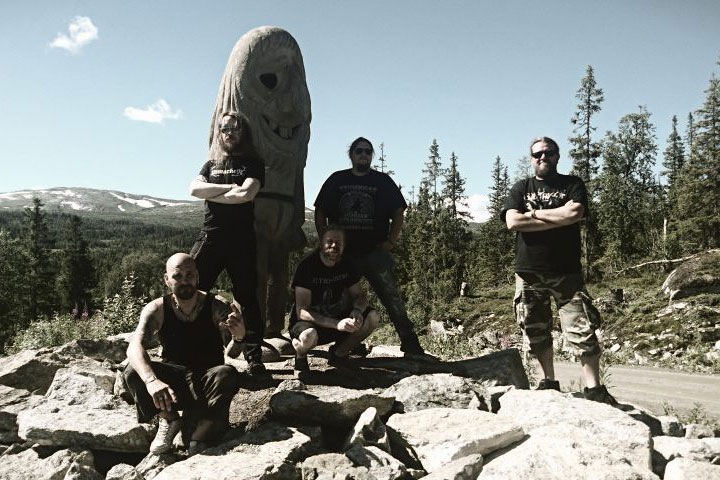 The first embryos for Utmarken started in 2012 as band founder Mathias Gyllengahm gradually began to return to his roots, in the countryside of northern Sweden. He noticed that when spending time in nature, away from the city, he was musically inspired by the "new" environment. He began to assemble the new material without having the possibility to give it the correct framing, since to give the material the credibility it deserved it required using acoustic, authentic instruments. Later, fully relocated to the countryside, he stumbled upon an old nyckelharpa (keyed fiddle), which became the final piece of the puzzle, and material started to come out in a never ending flow.

The project was initially named Norrsinnt and was pulling in different directions material wise. After receiving serious attention from big names in the Swedish metal scene Utmarken was born in March 2015, out of the more easily accessible domains of Norrsinnt and members of Dievergence, a project he was currently involved in together with Benny Hägglund (Vintersorg, Fission...).

The word 'Utmarken' means the lands in the outskirts, the periphery. Land far away from the city. Places where few people go. A place marked by the hardships throughout history, in both a constant struggle with, but also in harmony with, a harsh and beautiful nature. Musically, Utmarken combines the above elements lyrically over a wide carpet of rock/metal with strong elements of Scandinavian folk music. Raw power, strong melodies, powerful refrains. Melancholy and darkness, but also the epic and grand. Hopefully with a good portion of self distance, and the tongue safely stored in cheek.