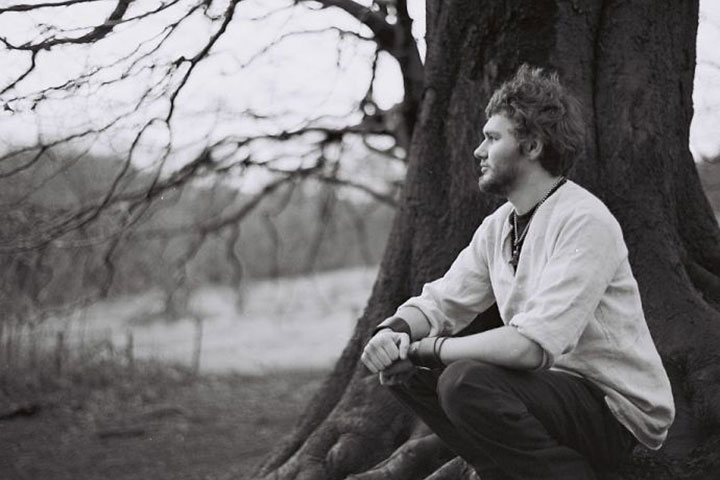 Oakenshield began life in 2004 under the name of Nifelhel, once as a studio project of young Englishman Ben Corkhill. The early sound of the project was more brutal and war-like than the music you hear today, featuring no keyboards or clean vocals. After two self-produced and self-released CD’s under Nifelhel, Ben thought it was time to take a different approach to the music, and resolved to create Oakenshield.

The new music would prove to be far more epic, bringing in more of a folk-like aspect while also introducing some decent progressive elements. Rather than producing lyrics about battles and journeys as had been done with Nifelhel, Ben wanted to produce a concept album. After reading through the legends, myths and lore of the Old Norse mythology, it was decided that the first book of the Prose Edda, „Gylfaginning” was the perfect choice for the album’s theme. Writing the material for the album started almost immediately and after some time the full eleven tracks were completed.

In early 2007 four of these tracks – as well as a cover of Bathory’s „Home Of Once Brave” – were selected for a demo entitled simply „Gylfaginning Demo”. After spreading the word online, Oakenshield started to gain some acknowledgement through the internet, with a 7/10 review at Metal Storm and an upcoming review in the Pagan Herald. Demos were also sent out to various labels in Europe.

After first listening to the demo Einheit Produktionen contacted Ben and showed great interest in a future collaboration on the basis of a contract for the release of Oakenshield's debut album. The result was no surprise at all: Oakenshield signed to the East German pagan metal label in July 2007. The debut came out early 2008 under the title „Gylfaginning” and press was more than impressed: „ Falkenback play music with JETHRO TULL’s Ian Anderson ...“ (HEAVY Mag, 12/15 Punkte). Today the Englishman follows his own muse more than ever and the new epos will enchant you with beautiful melodies and anthems ! „Legacy“ will be released February 17th 2012 on CD and the graphic design will be handled by old master Mike of www.dragondesign666.de himself ! Over the years Oakenshield has continued to develop an individual, unique sound which includes dark influences such as Black and Doom Metal as well as Folk Rock and traditional music, creating an exciting variant for the entire genre.