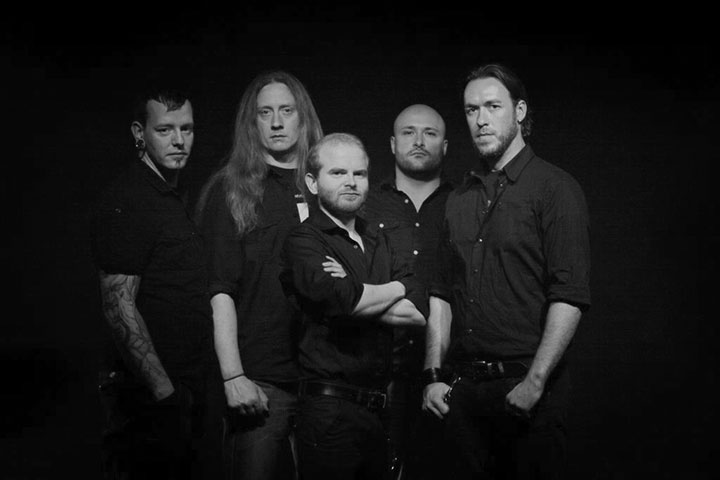 1998 Teutonic and Dolch met in Bitterfeld in order to let follow the end of its old band Blutrausch a new musical beginning: Under the band-banner Trimonium, a more aggressive and raw wind should blow henceforth out of the rehearsal room. A year of busy practicing followed the recruitment of a new bass player and a drummer – the East German horde was finally complete, ripe for coming metal deeds. First stage-attacks were challenged, with which the musicians loudly duelled themselves with bands as well as Disaster, Ragnarök, Satanic Slaughter, Enthroned and Dunkelgrafen. The later created demo out of the year 2000 carried the programmatically requesting title „Fight For The Clan” – which the German label Folter Records gladly followed: a record-contract over two longplayers was the pleasant sequence. 2002 marked a first club-tour in the band´s history, which Trimonium graduated with the teutonic Black-Trashers and spike-fetishists Disaster. In spite of extensive live appointment calendar, Trimonium brought the 2001 debut album „Of Warriors And Heroism” as well as the successor „Blow The Horns” in the year 2003 out. Further extensive stage-shows closed themselves at – so provided the play-joyful Trimonium twice on the Czech open air-festival Open Hell brightly for open mouths and high in the air flying fists. Just as they were involved previously twice with success in the German cult-festival Under The Black Sun, 2003 Trimonium played also a small club-tour with the Swedes Watain as well as the Dutchmen Salacious Gods. Yet none of the participants came to rest – further they went 2004 with the Austrian Kaltenbach open air festival and some shows in Belgium, Switzerland and in the Netherlands.

Furthermore Trimonium convinced old and new fans in the beginning of 2004 on their first Europe-tour with the established groups Skyforger and Menhir. 2005 the guys entered the stage of Hells Pleasure open air festival, again also the Under The Black Sun-festival became loudly filled with harsh sounds by the band – international club-gigs closed itself the Trimonium-activities. The it was time also to create a new album output – so became the largest part of the year 2006 therewith spent with the work at the third longplayer to manage the silver-disc „Son Af A Blizzard”. After the studio recordings a new bass player got into Trimonium. Yet also in things record-company something happened – after six years of productive cooperation with Folter records the Bitterfeld-horde decided to sign in German label Einheit Productions. On this established specialized label, „Son Af A Blizzard” will appear at the 27th of April 2007 –Heathen Battle Metal at it´s very best, bombastic produced by German Sound Art Recording Studios. Flanked will be the publication of the new and third album by some tour- and festival appearances. The black ink on the contract was not yet entirely dry, there both contract parties already grandly understood itself – large is to be expected therefore!