New album by Ahnenkult in autumn 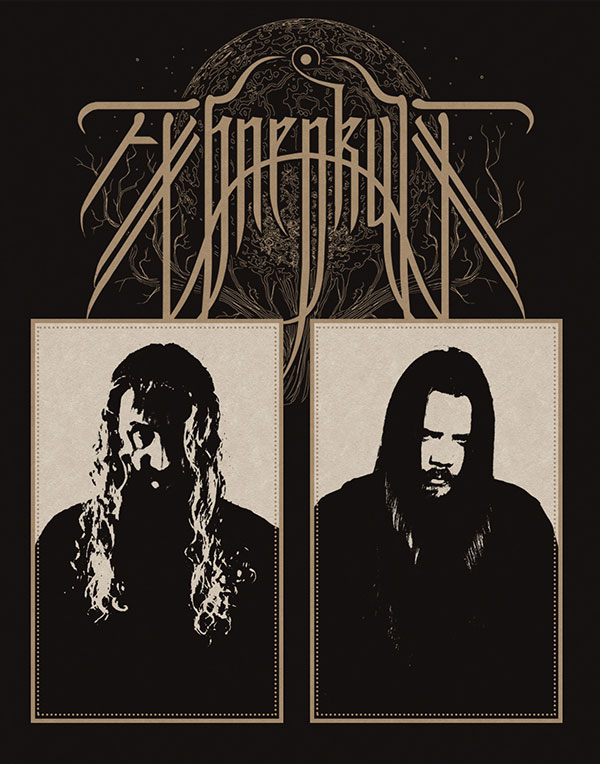 On their new album "Als das Licht verging" (When the light went down) Ahnenkult deals with the astrological side of Norse-germanic mythology and sets this to music. The new album represents the etymological connections between the universe and its interpretation through mythology. Furthermore it expounds its own personal interpretation. Also many well-known interpretations are reinterpreted. In this cosmic structure the sun, this the god Baldur, is considered as the center of the great whole and the origin of all being. Ahnenkult thus represent the norse mythology in a new guise.

Bandbio:
In 2010 Ahnenkult was formed in Freiburg by Lupus and P. The same year the demo-tape ''Kult'' was released through Lupus Tonkunst. It was followed by the EPs ''Allmacht'' and ''Götterkult'' in 2014 and 2015. Works for the following album ''Als das Licht verging'' began in 2012 and were completed this year. The songs were recorded, mixed and mastered at ''Nahetal Klangschmiede''-studios. P. left the band in 2016 due to personal reasons; he was replaced by Khamûl, who also plays parts in Carn Dûm and Pestkult and does the main vocals on the album ''Als das Licht verging''.